A pause of 3 years on this project elicits many excuses: The old blog host closing down, moving house to the middle of nowhere, starting a business, having a baby. Life can get in the way of the best meaning projects.

There’s lots still to tidy up, design and layout, but I’ve managed to import the old Posterous blog into this new WordPress site without too much trouble.

I’ve been meaning to resurrect this project in time for the 100 year anniversary of the start of the First World War. I’ve left it very late. Nevertheless, we pick up where I left off in 2011, with Frank writing to his sister exactly 100 years ago.

I was saddened to hear of the death of Richard Holmes, the military historian and television presenter. His books are used throughout these articles, especially Tommy, a history of the British solider during the First World War. His writing, and passion for the history of the soldier, inspired me to write these blog posts, using real information to build a picture of the common man in the First World War.

Richard Holmes worked tirelessly to remove the stigma we apply to the military of that time. It is easy today to simply blame inept generals, and go on and on about the waste and the misery, when in fact this is a very much a post war view of the time. It wasn’t until the 1920’s that disillusionment set in. Some very scathing, rather misleading histories, like Alan Clark’s The Donkeys, came out in the 1950’s and 1960’s, adding to the picture we had until recently of the chinless Toff and the muddy Tommy sitting helplessly in a shell hole. Richard Holmes was one of many modern historian who sought to change our attitude to the men who fought in that terrible war. The First World War was carnage; that’s an indisputable fact. The loss of life was immense and the war changed the world forever but we mustn’t forget that men – fathers and sons, poets, bankers, soldiers and workers – fought and died for a completely different set of ideals than we have today. Richard Holmes never lets you lose touch with this edifying fact. We shall not forget. 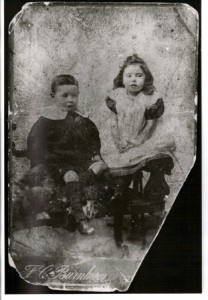