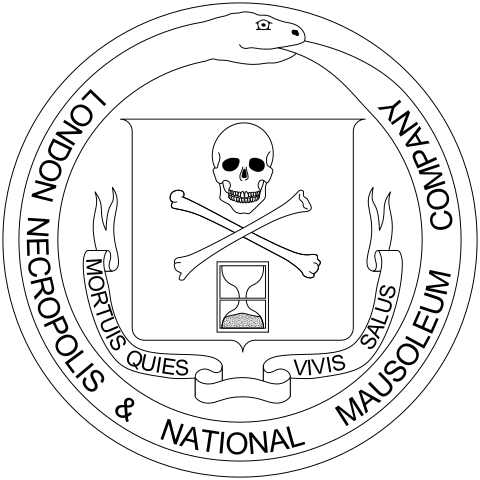 Today saw another General Court Martial take place in Bailleul, where the 15th Brigade remained in billets. This court martial is interesting in that it deals with an officer: Captain Montagu Dalston Turnbull of the 1st Bn. East Surrey Regiment. Gleichen is president for this case.

Turnbull was born in 1886 to Charles and Ellen Turnbull, residents of Blackheath, Greenwich. Charles is listed as a “man of own means” and a “Gentleman” in census reports. Montagu attends Tonbridge School in Kent and then joins the Army as a Special Reserve with the 4th Bn East Surreys.

Turnbull had only joined his fellow East Surreys from England on the 21st January. According to the 15th Brigade’s diary an alarm was set off by him that the enemy were concentrating for attack. Airmen’s views the next day contradicted this. As we saw on the 3rd February, the army was clamping down on poor sentry duties rather severely. The East Surrey’s diary for the night of 4/5th February 1915 reads, “At 3am Headqrs. tested communication with forward battery regarding rapidity of Artillery support when unexpectedly called for at night on unregistered target”. Was this initiated by the hand of Captain Turnbull? It certainly sounds like modern marketing speak for “we made a massive cockup”.

Did Turnbull prove to be unsuitable for front line life? His CO, Major Patterson, certainly thought so. There’s a damning note at the end of the East Surrey’s war diary for February 18th 1915. Captain Turnbull had been sent back to England. When he arrives, Turnbull is listed at a serving member of the 1st Battalion. When he leaves he belongs, once more, to “4/th E.S.R”.

The next place I’ve found him is in The London Gazette, ever-reliable record of the comings and goings of British Army officers, “Captain Montagu D. Turnbull resigns his commission. Dated 4th August, 1915.”

What had gone on in the intervening months? Did frustration of not being able to fight get the better of him? Or was there a darker tale behind Turnbull’s fall from grace. Did he go to prison? Whatever happened, on the 17th December, he joined the 11th (Queen’s Own) Royal West Kents as a private. Did he want to get back to the fighting? Or did a white feather send him back to the army? He describes himself as a farmer on his service papers, although how much farming went on in Greenwich is hard to say.

Perhaps life as a private didn’t suit him either or the training was too much for him because he went missing between 26th and 31st March 1916 and a warrant was issued for his arrest.

Turnbull had every intention of returning to duty according to submitted evidence in his service records. I wonder if the submitter of this information and the occupant of 50 Vanbrugh Park, a Miss Sales, was anything to do with his reluctance to return to barracks. This could have been one of two sisters: Gertrude Annette Sales or Violet Guinevere Sales (aged 29 and 28 respectively in 1916), daughters of Arthur Sales, a Government Lighting Contractor.

Luckily for Turnbull, he was sent overseas, to Italy, before the arrest warrant catches up with him. Later on, he was sentenced to 10 days C.B. which I take it means Confined to Barracks.

The next time I’ve found the hapless Turnbull, I’m sorry to say that he’s been killed in Flanders on the 27th April 1918, presumably during the German Spring Offensive. He’s buried at Hagle Dump Cemetery near Poperinge in Belgium. He died a Lance Corporal.

He left a pitiful collection of objects which were returned to his mother: 2 identity discs, half a franc, some postcards and a mascot; a supposedly “lucky” black cat pouch. Lucky for some.

On the back of the effects form, his mother, Ellen, has written a plea to the army. She hasn’t received the things she wanted most: A pocket notebook and a small leather photograph case. She writes “I would be so glad to receive these things”.

The much-maligned 6th Cheshires, notorious from their alleged Christmas football kickabout, were paraded for the pleasure of the 15th Brigade’s Brigadier; our old friend Gleichen.

The report sounds just like him. He is “surprised” at their turnout. “Steadier, cleaner and better” than he expected. “Much improved”. Of the Dorsets there is no mention.

There’s a rather good story in the 5th Division diary about some guard chickens. Yes, you heard me right. The Germans had apparently tied chickens to their wire entanglements.  A patrol from Sector A approached the enemy line but the chickens’ squawking gave the game away and the Germans opened fire. Fowl play or what, eh?

There was grenade practice for the 15th Brigade. Gleichen watched from the sidelines. At the same time a rather grim G.C.M was being held in Bailleul. G.C.M. stands for General Court Martial.

Early in the morning of the 28th January 1915 panic had coursed through the Cheshire’s forward trenches when two Germans penetrated their defences in Trench 11b, having slipped past the sentries.  This kind of thing had been happening throughout January and O.C.’s had had enough.

This article explains the story in much more detail and claims he was sentenced on the 8th and shot on the 11th February 1915. The account also contradicts the of number men quoted by the 15th Brigade’s diary – it claims there were only 4 men as well as Povey who were arrested. I’d like to see more primary evidence as the website this article quotes as its source is no longer in existence.

Povey was one of the 306 men executed for desertion or cowardice in the First World War, all of whom were pardoned in 2006 by the British Government.

Monday morning and back to work for the Dorsets. Route marches and musketry training was the order of the day with bomb throwing chucked in for good measure. That must have gone down like a lead barrage balloon.

I find myself reading only one newspaper these days. I take the Daily Telegraph. The Daily Telegraph 1915 that is. In today’s paper, 100 years ago, there’s an interesting story about the internment of Germans in the UK. It will please the great niece and nephew of Frank Crawshaw very much – my mother and uncle respectively.

In 1914 tennis fans were treated to a five set thriller in the Wimbledon Championships Men’s final. The winner was Norman Brookes of Australia. He beat Otto Froitzheim, German tennis champion and World Number Four, 6-2, 6-1, 5-7, 4-6, 8-6. Leaving England, Froitzheim travelled to America to play in Pittsburgh. When war broke out he returned to the Motherland but his steamer was intercepted off Gibraltar by the Royal Navy and he was taken prisoner on the Rock.

Froitzheim was then taken back to the UK and interned in a German prisoner of war camp. The Telegraph states that it was in Bray, Maidenhead. I would suggest this is actually Holyport, perhaps less than a mile to the north of Bray. My mother and Stepfather lived at the end of Holyport Street until recently, and, in the field next door, was the ruins of an old POW camp, half-hidden in an old unkempt orchard overrun by brambles and nettles. The camp spilled out into the grounds of Philberd’s house, now, I believe, converted to rather swish flats.

The pub on their street is called The Belgian Arms. A local story, possibly apochryphal, claims that the pub, named The Eagle prior to World War One, changed its name because the German POWs saluted the pub sign every time they marched past.

Now that story should please my mother and Uncle John!